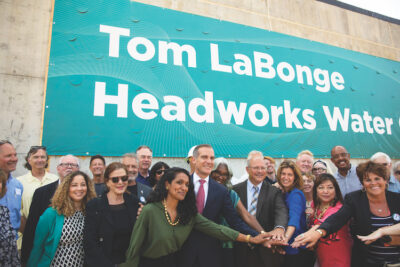 MAYOR Eric Garcetti, Councilmember Nithya Raman, members of the Board of Water and Power Commissioners, LADWP General Manager and Chief Engineer Martin Adams, LADWP staff and members of the LaBonge family pose in front of a banner for the Tom LaBonge Headworks Water Complex.

“He worked with the LADWP, always advocating on behalf of our residents’ needs …”

Mr. Los Angeles, as the late 4th District Councilmember was called, was honored at the recent dedication of the Tom LaBonge Headworks Water Complex.

“This may be the single best place in Los Angeles to cherish his legacy, and I can’t help but think that Tom would be proud of our efforts to turn this facility into a place that embodies the principles of sustainability and community that defined his public service,” said Mayor Eric Garcetti at the July 14 ceremony.

Originally named the “Los Angeles Dept. of Water and Power Headworks Reservoir Complex,” it was renamed in May after LaBonge.

A 39-year veteran of City Hall — he also worked for a time at the LADWP as Director of Community Relations — LaBonge served on the City Council from 2001 to 2015. He died in January at 67.

“In Los Angeles — a city with the largest water and electric utility in the country — water has always played an outsized role,” said Councilmember Nithya Raman.

“Tom keenly understood this as his legacy reflects. He worked arm-in-arm with the LADWP, always advocating on behalf of our residents’ needs as well as the needs of our landscapes.” 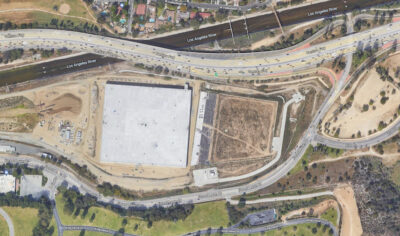 “Tom LaBonge was passionate about LADWP’s history, and this dedication rightfully recognizes his contributions to Los Angeles,” said Board of Water and Power President Cynthia McClain-Hill. LaBonge often said throughout his tenure as Councilmember, “Water gives us life!” He was also known for another memorable phrase. “Dad always said, ‘the two most important things in life are water and relationships.’ That is so true,” said Mary-Cate LaBonge, daughter of Tom LaBonge.

“What I learned from dad is to talk to people, ask them questions. Don’t be afraid to raise your hand and speak. Seeing how he made a difference and seeing his name up there is very special to me and my family.”

The banner hung against the western wall of Headworks will remain there until permanent signage is installed once the reservoir construction and public trails and gardens are completed. 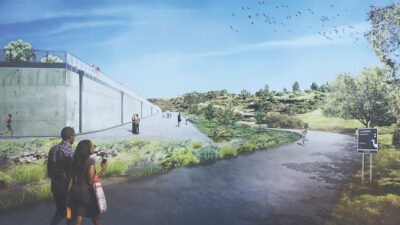 During the Pandemic, Her $600,000 Went Further. Which Apartment Did She Choose?

These Cities Are Coming For The ‘Big Three’ Life Sciences Markets

Los Angeles Apartment Roars Back After the Pandemic

Los Angeles – then and now: Fascinating vintage pictures of the city matched…