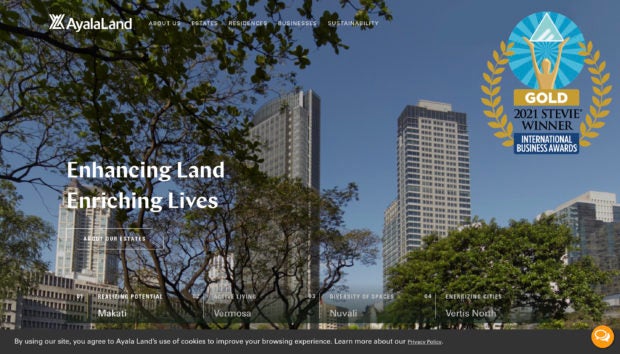 The Ayala Land corporate website bested other entries in the real estate category in its thrust to enhance online information for various stakeholders.

As it enhanced initiatives to engage with its stakeholders at the time of the pandemic, Ayala Land bagged multiple Stevie® Awards in the 18th Annual International Business Awards®.

Ayala Land companies dominated this year’s IBAs, taking home 36 awards in total—11 golds, six silvers and 19 bronzes, thus winning the Grand Stevie® Award trophy for Organization of the Year – one of only six in the world’s leading omnibus business awards competition. Other Grand Stevie® winners include Google in California, LLYC in Madrid, Telkom in Jakarta, and Business Awards Consulting in Istanbul. 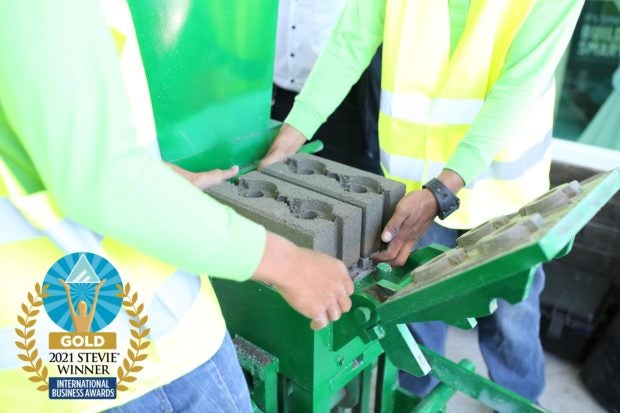 ALI’s individual awards highlighted the company’s thrust towards promoting sustainability, with Ayala Land’s Zero Waste: Ayala Land’s Circular Waste Management Program winning gold in the Health, Safety & Environment Program of the Year. The program is ALI’s unique circular economy model where waste materials such as plastics were given alternative destinations for recycling and reprocessing. Despite the pandemic, ALI was able to collect some 28 metric tons of plastic waste—a total of 2.8 million plastic water bottles—enough to fill up 73 basketball courts.

During the pandemic, ALI organized carbon forest webinars for employees working from home.

Also bagging a bronze Stevie® in the Cause & Green, Cause Event category is the company’s Carbon Forest Webinars. These webinars emphasize the importance of maintaining carbon forests and significantly reducing carbon emissions – key initiatives toward Ayala Land’s aim to be carbon neutral by 2022. 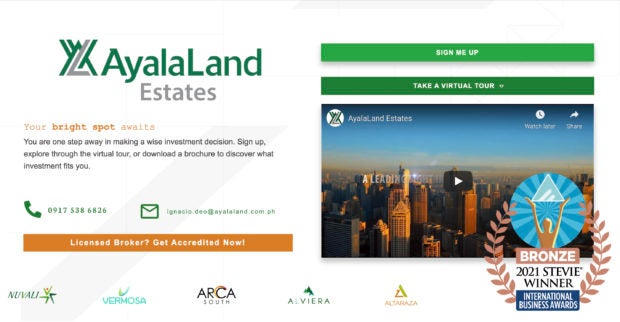 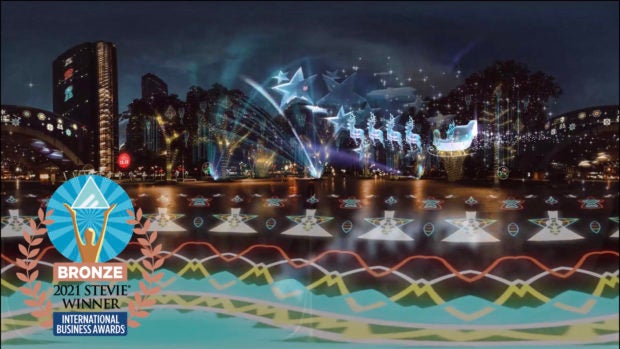 The Festival of Lights: Virtual Edition 2020 won bronze as Branded Content Campaign of the Year with an interactive 360-degree video of Ayala Triangle’s dancing lights, set to a medley of Christmas songs.

Meanwhile, the annual holiday highlight at the Ayala Triangle, Ayala Land Festival of Lights: Virtual Edition 2020, was recognized as bronze winner for Branded Content Campaign of the Year.

With the changes in the workplace the pandemic brings, communication with its employees was a priority for Ayala Land. The company’s internal publication, Groundbreakers 2020, was recognized with a gold Stevie® as Best House Organ for Employees as it sought to ensure…

Israel calls on Ankara to close Hamas offices in Turkey

Postcard from Berlin: ‘Covid is just a background irritation now — and you can even

Step into the night: American dreamscapes – in pictures…

Improve Your Home and Its Value

A Dog Is ‘Selling’ Madonna’s Former Miami Mansion for $31.7…

It Takes a Village: 8 Historic Homes for Sale in Calumet,…